We need to talk about the finale of Twin Peaks 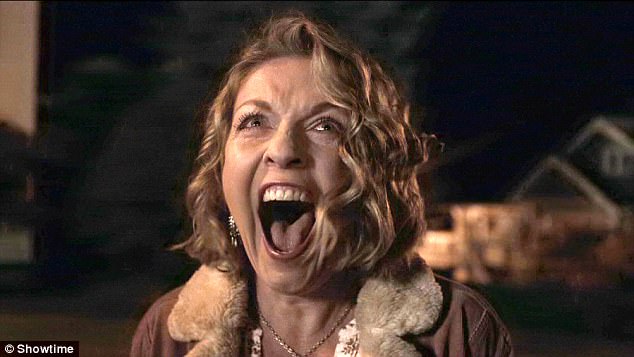 Last night we saw the conclusion of the 18-part return to the town of Twin Peaks. Creators David Lynch and Mark Frost brought back a few of our favorite characters, including the incomparable special agent Dale Cooper, as well as a massive slew of new characters, guest stars, and cameos.

The finale was two hours long, seemingly plenty of time to wrap up the elaborate story lines that Lynch and Frost have created to this point. However, by the time the credits rolled, we were screaming more than Laura Palmer, left with more questions than answers. While we’re not going to go into deep analysis, we did have a conversation about the finale. Here’s what we thought.

Tony: I want to fucking throw something.

Taylor: When the screen went black I paused it to see how much time was left. I saw there was less than 2 minutes and I was like “are you fucking serious?”

Tony: WHO is Diane? I mean, is there a REAL Diane after all?

Taylor: True. Why did she see herself at the hotel?

Who are Richard and Linda?

Tony: Richard was Audrey’s son. I don’t know who the fuck Linda is.

Taylor: I know that was his name, but was that a reference to him? Lynch ALWAYS has two characters with the same name. The original series had two Bob(by)s, two Mikes, two Phillips.

Tony: This is true.

Taylor: I remember when we saw Lee and Fenn at Crypticon they talked about Lynch would find something cool or interesting and leave it in, even if it didn’t have any relevance. It kind of seems like we got a season of that.

Taylor: And the whole time us idiots are going “oh, I’m sure he’ll come back to that.”

Taylor: Every once in a while I’d stop and think about the show in the moment and almost every time I’d think “how did we get here?”

Tony: Seriously. So many times I was like, “wait, is that a reference to something earlier?”

Taylor: We just got so trained to expect the unexpected. An episode would open in the red room and we’d just be like “okay, I guess we’re here now.”

Taylor: I enjoyed it in the moment but looking back now I’m just like… what?

Tony: Definitely. I’m more pissed off than when I saw the last episode of the original run.

Taylor: The end of the original series felt like a final fright from a horror movie. At least it didn’t leave a dozen open threads hanging.

Part of me is second guessing if Lynch is serious about there being no more episodes. But it’s David Lynch.

Tony: Yeah he’d be perfectly content with leaving us scratching our heads.

Taylor: Yeah, Lynch kind of seems like he enjoys fucking with the audience.

What did you think of the finale, and the series in general? Do you have any answers for us? We would love to hear from you in the comments section.

We didn’t even mention the “what year is it?” line at the VERY END of the episode. It was like Lynch set up some kind of Lost-style time paradox and then just… ended the episode. Ended the SERIES. FOREVER. WTF?

Did Audrey wake up from a coma? Is she dead? Keep in mind that at the end of the original series she was in an explosion.

Oh and whatever happened to that glass box thing in NY? The one the kid just sat and watched?