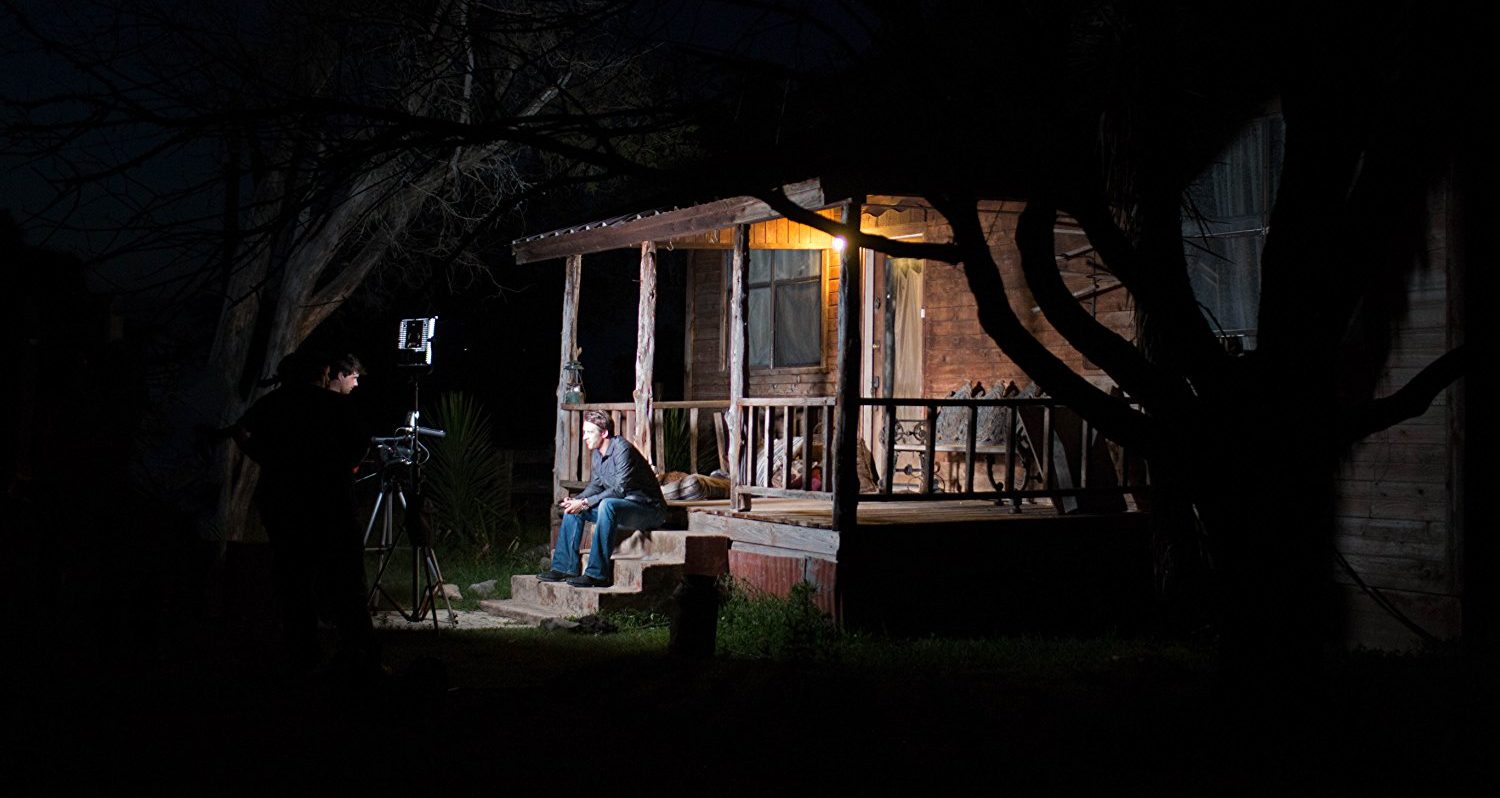 Anyone who knows me or listens to the show on a regular basis knows that found footage and 3D are two horror movie tropes that have worn out their welcome in my mind. So certainly a movie called Found Footage 3D wouldn’t be something I’d be interested in, right?

The setting for their film is – naturally – a creepy cabin in the woods. As it turns out, though, the old house has a torrid past. Strange occurrences begin to happen, from things showing up in the background to strange sounds coming from outside to things jumping out of the dark. Something is in this house and it’s not happy they’re here. As these events escalate, so too does the tension between the cast and crew. Derek’s ego begins to alienate everyone else, including Director Andrew (Tom Saporito), cameraman Mark (Chris O’Brien), and sound guy Carl (Scott Allen Perry). On top of all that, Derek’s co-star is his wife Amy (Alena von Stroheim), and their on-screen interactions mirror their real life. Derek and Amy go from fighting to fucking and back again.

As I said, the film is very self-aware. There are conversations about how found footage is a cheap and easy way to make films, how you can have bad lighting and sound and it comes across as intentional and the audience will buy it. They call jump scares “lazy writing” and make jokes about bad CGI. They even discuss the “why are you filming” cliche of found footage (their answer is a behind-the-scenes documentary). There is a moment where they find two locals who they convince to play the “Old Ralph” role in their film. They deliver the old “You don’t wanna go down that road” line before finding out where the crew is headed and then telling them, for real, “you don’t wanna go down that road.” It’s a big satire on horror film making, wrapped up inside a horror film. It’s all rather clever.

On top of all that, the movie is actually legitimately scary. At times you don’t know if what you are watching is part of the film, or the film within the film. As things amp up there are moments of genuine fear and in the finale I’ll admit that my eyes went wide and I audibly said “what the fuck?” It goes on to hit all those tropes that it teased so mercilessly in the beginning. In a way, it does for the found footage genre what Behind the Mask: The Rise of Leslie Vernon did for slashers.

While I watched the 2D version (currently available exclusively on Shudder) for multiple reasons, I’ve heard the 3D is actually rather good, if you’re into that sort of thing. Regardless, the movie is quite entertaining and one that I would recommend, even if you aren’t a fan of found footage.