Keep your hands off my horror 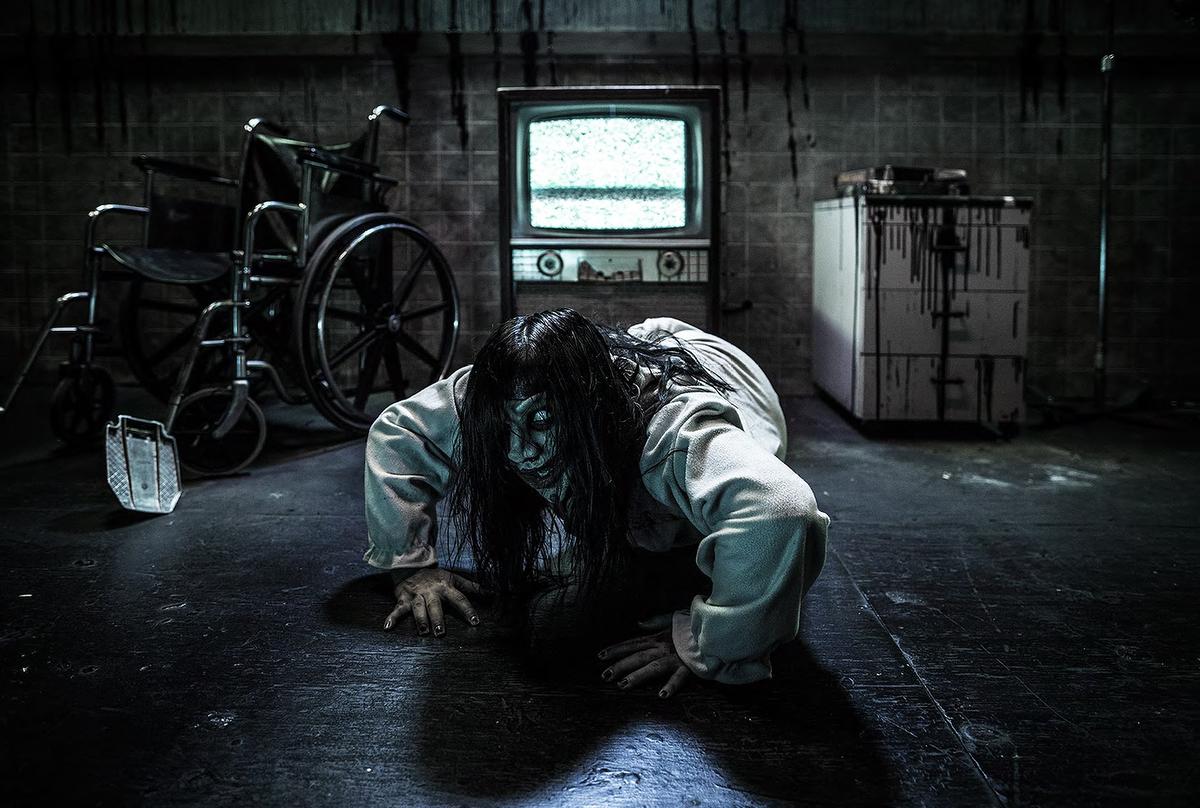 Every October, the Knott’s Berry Farm amusement park transforms into Knott’s Scary Farm. Snoopy and his crew make way for ghosts, goblins, zombies, and other things that go bump in the night. In the vein of other high-intensity haunts, there is always one attraction that pushes the limits. A fear years ago, the park featured “Trapped,” a claustrophobic interactive maze that could only be escaped by solving a myriad of puzzles or by screaming the safe word (“boysenberry”). This year, they featured a virtual reality experience called “FearVR: 5150.”

FearVR had patrons get strapped into a chair and given virtual reality goggles which took them into a make believe mental hospital where one patient, Katie, has been possessed by a demon and is now loose in the hospital. If riders found the ride too intense, there was a panic button to let them out.

Now, you may notice that despite this attraction being featured this year – and it not yet even being October – I am referring to it in the past tense. That’s because a bunch of evangelicals and mental health advocates bandied together to get the ride shut down. Ron Thomas, whose son had schizophrenia and was killed by Fullerton police in 2011, called the ride offensive to ABC7.

“You get in there and get the virtual reality set on, you know you’re in an insane asylum, and that this Katie, this patient, is loose and is going to do bad things to you. It’s wrong,” he said. “The mentally ill are people. They’re human beings. They’re suffering. They have illnesses, and we have to do something to help them – not demonize them.”

It’s quite ironic to me that Thomas uses the word “demonize,” since the character in the attraction is LITERALLY POSSESSED BY A DEMON. Here’s a funny thing, too; one of the biggest advocates for the ride’s shutdown was Kay Warren, wife of pastor (and author, go figure) Rick Warren. You’d think a pastor would believe in something like possession, but to them this is just some mentally ill girl running around being spooky. Which, if you think about it, is actually more offensive.

There is currently a petition on change.org to get Knott’s to reopen the ride, and as of this publishing it sits at just over 3,000 signatures (more than six times the number of signatures on the original petition that got it shut down). It features signatures from people with actual mental illnesses, all calling for the ride to be reinstated.

This problem runs much deeper than one ride (or even three, as FearVR was also featured at Great America and Canada’s Wonderland) though. One look at Warren’s Facebook page shows a litany of people complaining about home haunts and “gruesome” decorations, with some going so far as to completely shun the Halloween holiday altogether. I won’t go into how much of Halloween is influenced by Christian traditions (you can read the Wikipedia article here if you want to know), but these people clearly show a lack of knowledge of not only the holiday, but horror in general.

I think most of us in the horror community understand that we live on the fringe. We enjoy something that not only does the mainstream not care for, they have trouble understanding why we like it. To boil it down to simple terms, we like it because it makes us feel safe. That may seem counterproductive for a genre whose sole reason for existence is to scare us, but it’s true. We live in a world of terrorism, mass shootings, nuclear weapons, earthquakes, volcanoes, and tornadoes. The world is a scary place. Horror movies allow us to watch events, get a rush of adrenaline from fear, but still know that we are safe. We are in control. If things get too overwhelming, we can leave the theater, hit stop on the remote, or say “boysenberry.” Mental illness is certainly not a joke (as evidenced by the number of mass shooters who suffer from it). Neither, though, is teenagers getting attacked with chainsaws or machetes. But the events are happening on a screen. The people are fictional characters.

Religious folks love to complain about the “war on Christmas,” simply because they don’t recognize that not everyone shares their religious beliefs and prefer to be all encompassing by using the catch-all phrase “happy holidays.” They don’t scream “HAPPY HANUKKAH” in your face and bludgeon you with a star of David. They’re being inclusive. You’re being a bigot. Stop it.

Now, those same people are starting a very real war on Halloween. And, frankly, they’re winning. They are getting haunted attractions shut down. They are getting decorations pulled from shelves. It’s time we fight back. I don’t mean by verbally, and especially not by physically, attacking these people, but by bringing rational thought back into things. This isn’t about who can yell the loudest (it’s not a presidential debate).

I invite these people to celebrate Halloween (or All Hallow’s Eve if you rather) by having a feast of All Hallow’s and ringing the church bells for those in purgatory. Bake and share “soul cakes” for the christened souls. Here’s a recipe that sounds delicious. Pray for your dead. These are all ancient Christian traditions of Allhallowtide.

I invite our Gaelic and Welsh friends to celebrate Samhain and carve turnip lanterns, as is tradition. Light candles and bonfires to remember those that have passed. Dress as Aos Sí and go souling.

Or celebrate in your own way. Slather yourself in Vaseline and eat only canned peaches for the night for all I care. Or don’t celebrate at all. I don’t really give a shit what you do, so why are you so interested in what I do? If you don’t like haunted attractions, don’t go to them. If you don’t like horror movies, don’t watch them. As long as it’s not physically harming anyone, just leave it alone. In this day and age, there are enough ways to occupy your time that you can just ignore things that bother you. I do it all the time. If I see a trailer for a movie I think looks bad, I don’t go see it. I don’t stand outside the theater with a sign telling you to boycott just because I think it sucks. It’s pretty easy. Plus, not being offended by everything lowers your stress level, which is, ironically, better for your mental health.