My night at the Stanley Hotel 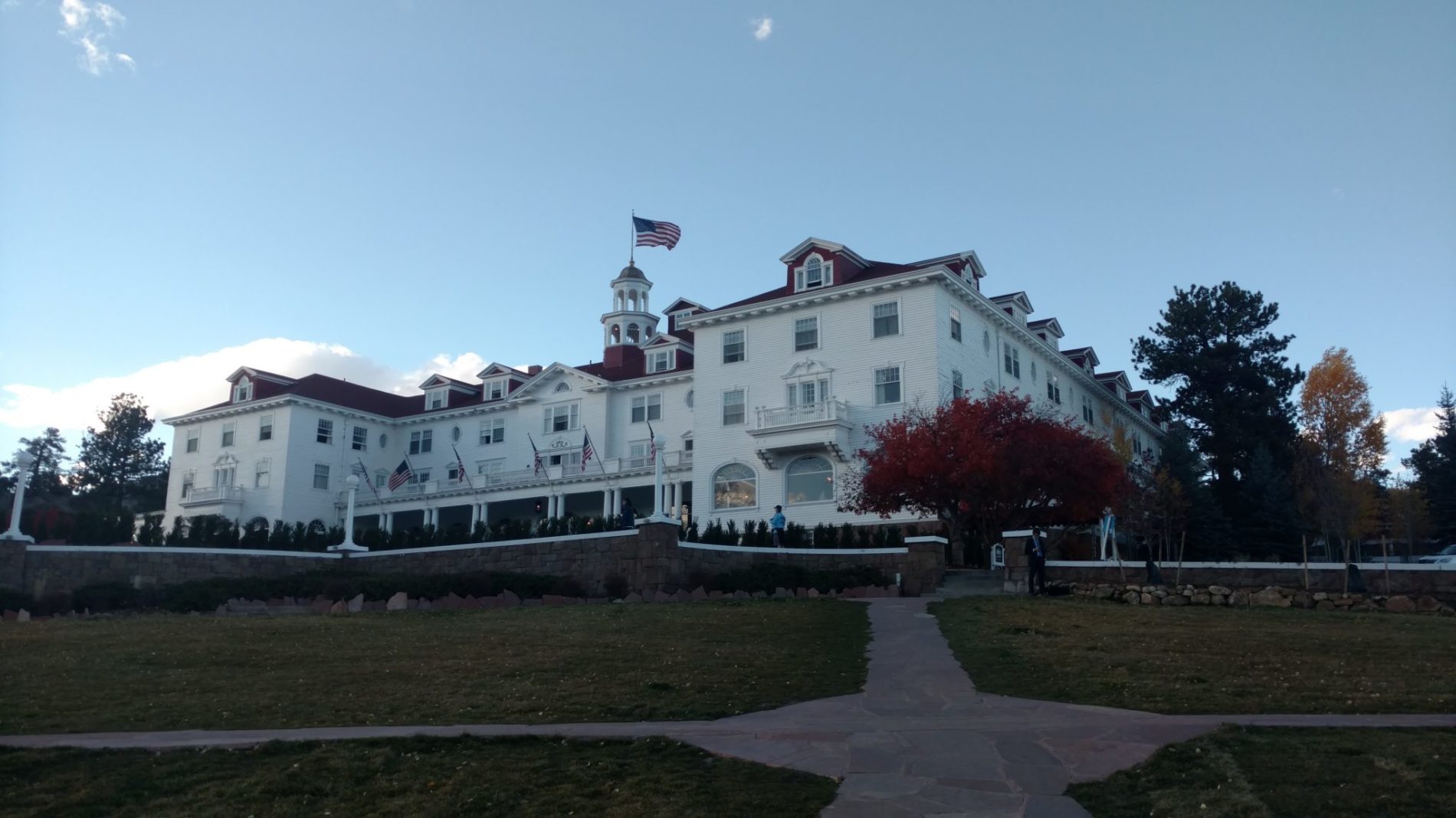 Most of you are probably familiar with the Stanley hotel. For those of you who are not, let me tell you why you should be. In late 1974, as the Stanley was getting ready to close for the season, a couple came looking for a room. Seeing as how all of the other rooms had already been tended to and closed down, the guests were shown to the former Presidential suite, now room 217. That night, the husband was jarred awake after having a dream of his son being chased through the long hallways in the hotel by a fire-hose come to life. While smoking a cigarette and trying to clear his head, he decided to write a book about it. That book was The Shining. That man was Stephen King.

To this day, the Stanley is routinely named one of the most haunted places in America. On a recent trip to Colorado, I took a tour of the hotel. The Stanley is an overwhelming site, standing out of the mountain above the small tourist town of Estes Park. It’s a massive complex of buildings that you can see from almost anywhere. Upon arrival you can see a statue of F.A. Stanley, the man who commissioned the construction of the hotel with nothing more than 300 men with hand tools, in the middle of a hedge maze. Now, if you’re expecting a tall, ominous hedge maze like the one in Stanley Kubrick’s film, you’re going to be disappointed. I say this from experience. The actual hedge maze was only installed in 2015 and is barely three feet high.

When you first enter the Stanley, they have the 1997 ABC miniseries of The Shining playing on the TV set above a pair of axes (seen below). I will say that the tour is not necessarily for fans of Stephen King. While he is mentioned, the tour focuses mostly on the paranormal and supernatural. Before we started, the guide (Leigh, who was fantastic) asked who was a true believer. I don’t necessarily consider myself as such – I would go with the term “open-minded skeptic” – but I raised my hand. She was passing out “special tools” that would help us communicate with the spirits and I was hoping to get my hands on some kind of EMF reader or other ghost hunting paraphernalia. I was surprised to see her put into my hand… a Dum Dum. Yes, the lollipop.

Leigh explained that the most active spirits in the hotel are those of the children, and they are drawn to the confectionery treats. So we were instructed to periodically hold the Dum Dum upside down in our hand and try to convince the spirits to push it over. Throughout the night, I saw several people’s suckers fall over and one even rolled up a woman’s arm. We walked around the back of the hotel where we encountered strange smells (just kidding, it was weed. We were in Colorado). We walked by the pet cemetery and investigated the ice house (which is not where they dump dead bodies or mattresses that people died on, despite what you may have heard). We saw the lodge, where Leigh told us about “The Bachelor,” the spirit of a man wearing only a white robe who will drink your whiskey.

We then went back into the main hotel and saw the “vortex” staircase and “endless hallway” (the one that inspired the most famous scene in The Shining, with the Grady twins telling Danny to “come play with us”). We saw room 217, where Stephen King stayed and made the subject of his book. We also saw room 401, the reportedly most haunted room in the hotel, inhabited by the spirit of Lord Dunraven. Finally we headed to the basement, where a lot of activity was known to happen, and it was there where my Dum Dum finally fell. It happened at first when the lights went out (of course) but once they were turned back on I was able to recreate it. It was a pretty surreal experience and I really don’t have an explanation for it.

Then we went to the bar, which is very reminiscent of the bar from the movie, and had a drink that was actually called REDRUM. It was delicious.

I definitely recommend going to the Stanley if you are a fan of Stephen King or just the supernatural.

To hear more of my experience, make sure you listen to our 2016 Halloween Special.