That Friday the 13th TV show may still happen 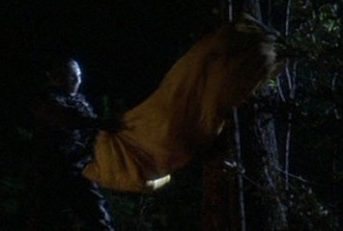 As we all know, Jason Voorhess has a tendency to not stay dead. It appears a TV show based on Friday the 13th may share that trait.

“According to my source, the show has been shelved with a revisit planned for some time close to April 2017. At that point it will be determined by CW if they can find a story to warrant a series order. If they opt to not go with Friday The 13th at all then the show is open for a different avenue of release. Netflix has long been requested by fans as a destination that would hopefully limit the amount of studio interference.”

I, for one, love the idea of the show going to Netflix to avoid big studios sticking their slimy fingers into it. The idea of Jason Voorhees stalking campers on a weekly basis might sound phenomenal, but before you get your hopes up, the actual premise for the show was nothing like what we’ve come to know and love.

“Reimagined [ed note: GROAAAAAAN] as a sophisticated, horror/crime thriller, Friday the 13th is about the ongoing quest of a detective’s search for his missing brother that is somehow tied to Jason Voorhees, a long thought dead serial killer who has now returned to wreak havoc in the new Crystal Lake. The masked Jason is being reimagined with a stronger feel of grounded reality.”

I like the idea of Jason “returning to wreak havoc.” However, the “new Crystal Lake” has been described as a “thriving town, sort of like Silicon Valley.” The premise sounded pretty stupid and closer to Wayward Pines than Friday the 13th, which could ultimately be why it was axed (or macheted, as it were). According to pizowell.com:

Only time will tell if Jason will ultimately make it into your living room (there’s a scary thought). For now, we will just continue to wait, just like we do with the next installment in the movie franchise.