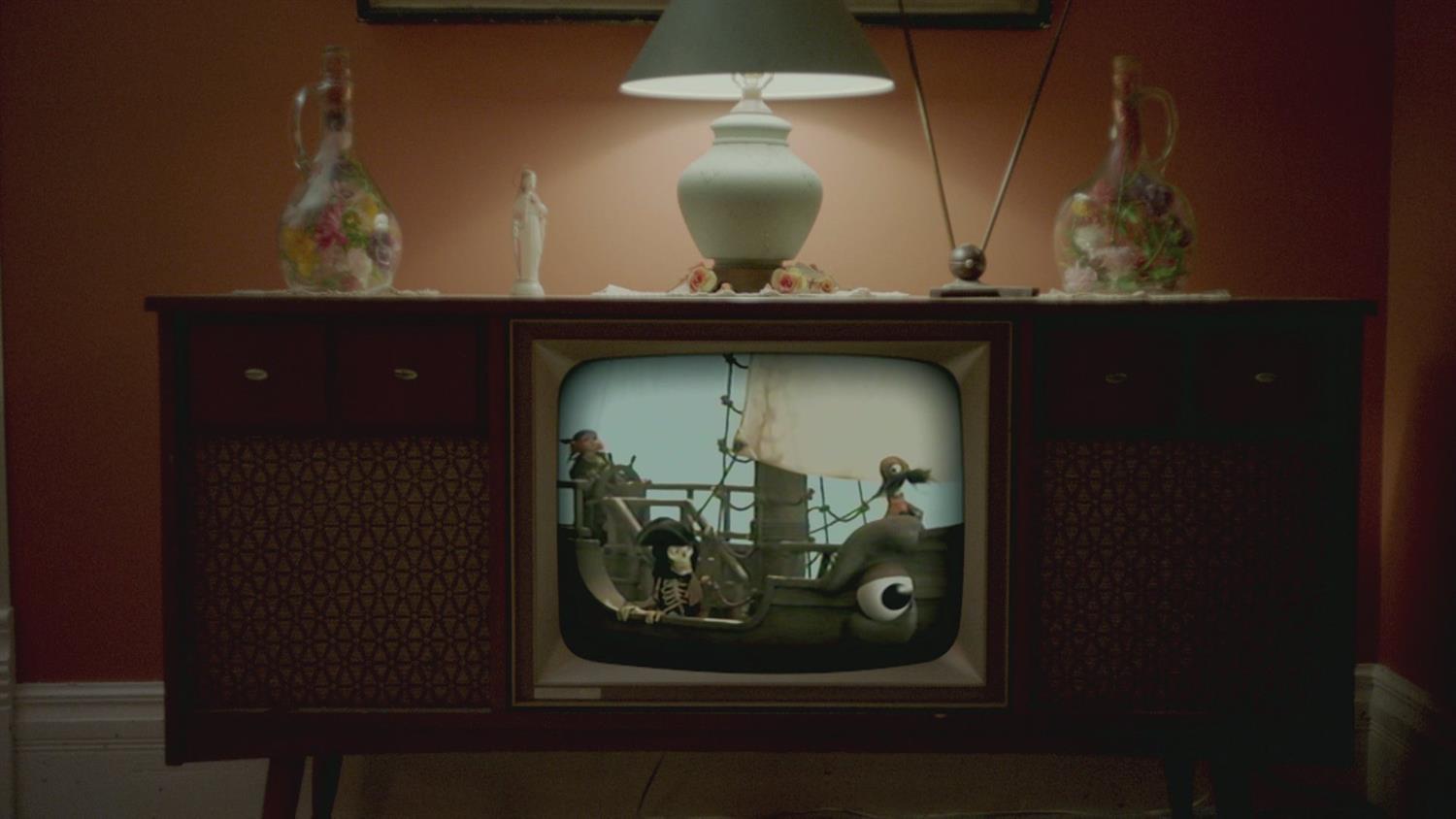 The first five minutes of Channel Zero: Candle Cove set up the entire six episodes of the series with an eerie tension that will never leave you.  It was the absolute perfect setup for this out-of-nowhere wonderfully haunting series that SyFy had run over these last six weeks.  Craig William MacNeil is able to grab us within those first few haunting frames and build upon it, leaving us wanting more all the way up to the final credits.

If you have not watched the show yet, go forth and do so.  It is definitely worth it.  Spoilers follow this line.  You have been warned.

The story centers around twins Mike and Eddie Painter of Iron Hill, Ohio.  In 1988, four children were murdered and it all centered around this creepy puppet television show that randomly began “airing” on one of the in-between channels on the dial.

What I love about Mike and Eddie watching “Candle Cove” for hours is that they made the show up in their minds.  According to their mom, they would stare at the television while it was just white noise and static.  White noise and static can be used to hypnotize people in the right state of mind.  For children who have active imaginations and want to escape reality, the combination is actually quite effective.

I am guessing this is the logic behind the initial projection of “Candle Cove” into Iron Hill, but that could be me reaching way too far for answers to a show that did not give enough.  It does leave a few more questions though, like how did Eddie get the show on the televisions in Iron Hill?  Was his telepathy that strong?  It had to be, if he was able to get the show to air 30 years later.

It was never really explained. It could have been Ms. Booth, who sacrificed her son to Eddie to get rid of her epilepsy.  She basically became Eddie’s Earth guardian.  When Eddie took the form of the Tooth Child, she would feed him the teeth of the town’s children.  Maybe that’s how Eddie gained the connection to the kids of the modern day Iron Hill?  I don’t know.  Like I said, a lot more questions than answers.

The whole Hollywood portion of Gary, Tim, and Daphne kidnapping Mike was very unnecessary.  We didn’t need reasons to hate Tim, yet there’s a scene designed to make us do just that. The character was incredibly unneeded in the whole story. So was Daphne.  Yes, it added to the body count and set up the kids as dangerous, but that was established when they killed Jessica, a character everyone did like.

I liked Eddie upping the game by pretending to be Lily, Mike’s daughter.  Up until this point Mike really didn’t have a stake in the game. You knew he was a little crazy, estranged from his family, and yet Lily was most important to him.  Mike is now fully invested. He knows Eddie can get to his daughter, he’s not just confined to Iron Hill.

This sets up the final and most confusing episode.  It’s confusing in a good way, though.  It’s not like Lost.

Throughout the series they make mention of a card game that Mike and Eddie played that would not end.  We’ve all played War – or whatever the variation of the name is where you are from.  Mike admits to cheating to keep the game going forever because it kept his brother happy and content.  Mike also thought Eddie was cheating too.  After Eddie takes Lily to his purgatory, or Hell, or wherever they are, Mike challenges Eddie to one more game.  Here you think we are about to get the happy ending, but that doesn’t work for this story.  Mike doesn’t cheat, he loses, Eddie thinks he gets Mike’s body, but Marla kills Mike so both Mike and Eddie are trapped together. Forever.

It was the perfect way to end the show in my opinion.  It could have done the happy ending, Mike wins, lives his life, but nope, we go bittersweet.  Candle Cove dies and so does the story of Mike and Eddie once and for all.

I’d give the show a 7/10 and will definitely watch it a couple more times to see if there is anything else I can pick up on.  With darkness of winter settling in now, I’d highly recommend that you all do the same.

I will PROBABLY end up watching this with all of the lights on. It looks pretty good!

I actually liked it more than I expected to. It is WEIRD though.

No-End House should be pretty good too.

Thanks for helping out, Kevin!

That’s what I’m here for!