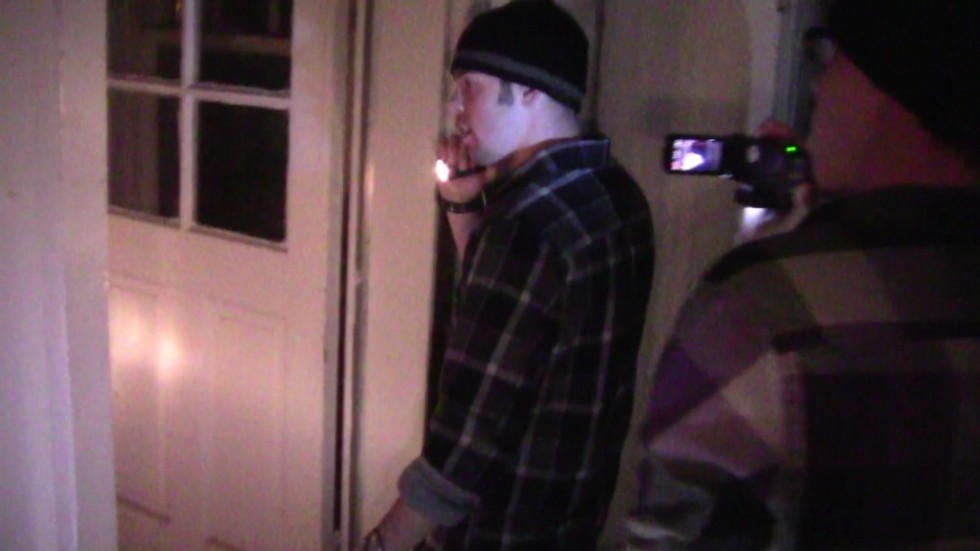 I didn’t know much about writer/director Jed Brian’s Unlisted Owner when I went into it. The movie was referred to us by longlivethevoid.com‘s Kyle Laugh and I didn’t learn anything about it before pulling it up on Amazon Prime. However, as soon as the film starts, two paragraphs appear on screen that set the stage:

The following video recordings are evidence of the horrific events known as the “Owner Killings” that took place in Lawford County Illinois on the days of October 23rd, 2010 and March 23rd, 2011.

Footage from five separate video cameras, some of which the video was damaged and corrupted have been reconstructed and edited together by the Lawford County Sheriff’s Department.

So immediately I know this is going to be a found footage film. Regular listeners to the show know how we feel about found footage, but it remains an easy and effective way for small budget filmmakers to make a movie quickly and cheaply. It’s less annoying in an independent feature than from a studio that can afford a better way to tell a story.

The movie opens with a family moving into a new home. This scene doesn’t last long, as neither does the family. We then meet the first three members of our core cast; Tyler (Tyler Landers), Gavin (Gavin Groves), and Jed (played by director Jed Brian). They’re not the most likable cast of characters. Gavin is a total Chad, with his fitted lacrosse hat pulled down over his ears and a leather cuff. The three are total bros, calling each other names, pulling pranks, talking about getting laid, all that garbage. Eventually Jed’s girlfriend Andrea (Andrea Potts) shows up and tells them to turn on the radio. They hear a news story about a family being found dead in their home near where the group is planning on going camping.

Our motley crew, along with friends Griffin (Griffin Groves) and his girlfriend Haidee (Haidee Corona), go and check it out. After getting some back story from the film’s “Old Ralph,” Tanner (Tanner Hoke), they head to their campsite. After a few beers, they decide the best idea is go sneak into the house and check it out for themselves. That’s where shit goes sideways but I won’t spoiler anything for you.

Brian does a lot of interesting things with this film to separate it from the many, many, (deep breath) many other found footage films out there. As the opening text told us, there are five different cameras in play and each time we view a new one there is board from the Lawford County Sheriff’s Department telling us which one we are watching. There’s also camera glitches that can be a little jarring but thankfully never cut into any of the really dramatic parts. While all these little touches are clever, they might be a little too clever at times.

A lot of the scenes are very long, and I’m not saying that as a negative. Especially in a found footage film, long, one take shots can lend a feeling of realism and build a sense of tension. A lot of the dialogue also feels very natural and I found myself wondering how much free reign the actors had to improvise and really get into the character without having to make sure every word was right. That makes it feel much more natural and like these actors are actually just being themselves, and not performing a role.

My biggest complaints would be that the Sheriff’s Department cards and video glitches may have been a little overused and the characters got kind of annoying. It took a bit to get to the good stuff and a lot of the first two acts are just a bunch of bros busting each other’s chops. Even at only 73 minutes, it felt like a bit too much. I think I see what Brian was trying to do with the second act, but it fell a little flat. Some more of the story could have been fleshed out.

However, the third act brings it home and, aside from very predictable jump scares, gives you all the good stuff you’ve been waiting for. I could have handled more gore, but I assume the limited budget kept that from being an option. There is plenty of red stuff to go around, though. While I hate to use qualifiers, it’s a good flick for an independent found footage film.