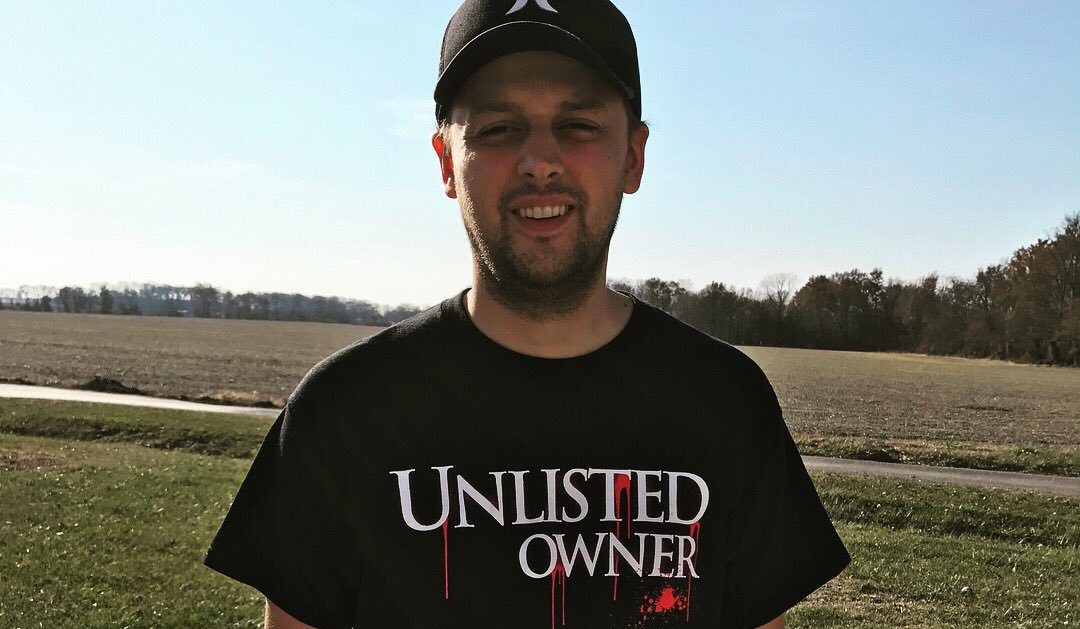 I recently reviewed the independent film Unlisted Owner from writer and director Jed Brian. Today I got a chance to speak to Brian about the film, as well as his favorite horror films and what the future holds. That interview is below.

Taylor of Terror: First off, thanks for taking the time to talk to us.

Jed Brian: Thank you for taking the time to check out Unlisted Owner.

TT: So what was, not necessarily the first one you saw, but the first movie that really cemented your interest in horror and made you decide you wanted to be involved in it?

JB: Well, as far as horror in general, I’ve been a life long horror fan. When I was a kid, my mother had gotten me Vincent Price’s House on Haunted Hill on VHS and the monster movie King Kong vs Godzilla. So ever since then I was hooked! The film that really made me want to make a movie was Eli Roth’s Hostel. That movie opened my eyes to an all new way to see horror, as in fear of real life events. It inspired me to take real life fears and write them into script form and create a story around them.

TT: Besides Roth, who are some of your other inspirations?

JB: All the classic horror monsters. Lon Chaney is a huge influence to me. For him to be able to make something scary with no voice acting is brilliant to me. It showed me that no matter what you may face in film making, you can make something scary even with limited resources.

TT: I wonder if that was the inspiration for Jason or Michael Myers being these big silent killers.

JB: I would say it would be for sure. If you think about it, some of the horror greats have no speech to them. I think it is a brilliant move since the thing humans are most fearful of is the unknown.

TT: When you were coming up with the concept, did you plan on making a found footage film?

JB: Yes, all my past scripts I had written were all for a traditional style horror film. So for me to be able to fund a movie I needed to make something low-budget. What better way to do a low-budget horror than found footage? So Unlisted Owner was written around the resources I had at my finger tips.

TT: All of your actors appear to be first timers. Are these just your friends or did you find them?

JB: Yes, the main cast were all friends of mine. I pretty much knew from the start who would be able to make this movie with me. With that being said, I was able to write the dialogue around the real personalities of my friends and make it seem like the characters they were playing was how they are in real life, which couldn’t be further from the truth.

TT: Haha, my next question was going to be how close the characters are to the actors who portray them.

JB: That’s funny you say that, haha. That is one thing I have people ask me a lot is “why would you be friends with Tyler and Gavin?” and “they must have been horrible to work with!” Which is funny to me because Tyler and Gavin are two of my best friends and are nothing like that in real life. They were even in my wedding, haha. I always tell people if they really acted like that there would have been no way this movie would have been made.

TT: Haha. That’s good to hear because the characters were pretty insufferable. I think everyone knows people like that too.

JB: Yes, very much so. In the movie, Tyler and Gavin both are those type of friends that haven’t grown up yet and are still wanting to party. Which makes it hard on Jed and Griffin as the four of them used to tear up the town, but with the newer girlfriends being buzzkills, Tyler and Gavin are willing to take stuff to the next level to get Jed and Griffin back to their old selves even if that means breaking into a crime scene.

TT: You use a lot of one-shot takes, which can be difficult for actors to remember all their lines. How much freedom did the actors have with their dialogue?

JB: Funny you say that, for many of the long takes we used a series of blend edits to make shorter scenes seem like one long scene. For instance, the road trip scene had as many as four edits in that sequence. The actors followed the script pretty close which was awesome! I gave them some freedom on things they wanted to change or add but for the most part they were right there.

TT: Wow, that’s impressive! It really felt like they were oners. If you had a larger budget, what would you have done differently?

TT: Since I have you here, I have to ask. What’s the meaning of the symbol?

JB: Would love to say but I will have to hold on to that one for “Unlisted Owner II.”

TT: Haha, that’s how you keep them in suspense! So is that next on your agenda?

JB: At this point it kind of depends on what revenue Unlisted Owner generates. I would love to do a traditionally shot film next but just depends on what we have to use in the end.

TT: Do you have any other movie ideas currently in your head that you would like to make?

TT: I might have to go watch it again to look out for that! Where can people follow you online?

TT: Awesome. Thanks for taking the time out to talk to us today, Jed, and good luck in the future!

JB: Thank you for checking out Unlisted Owner and thanks for all the support The Grave Plot Podcast has shown the film.

If you haven’t seen Unlisted Owner it is available on DVD at;

If you would like to stream the film you can at;